This is your morning wake up cool 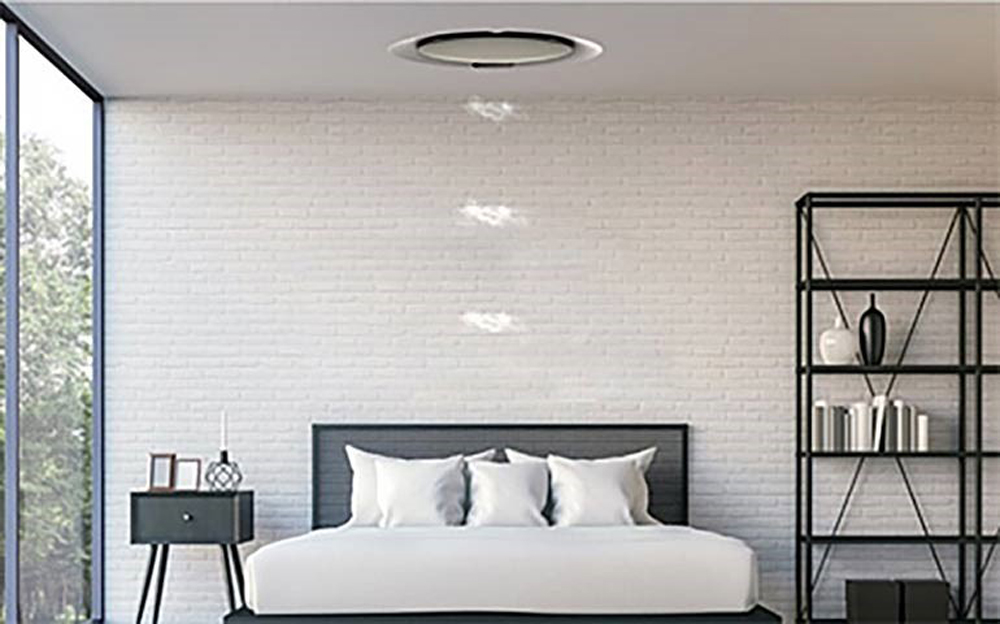 This is your morning wake up cool

Special air conditioning and lighting techniques are being trialled in a “performance-enhancing wake-up system” in Japan.

The prototype system being previewed at an online exhibition this week is the result of a collaboration between air conditioning manufacturer Daikin and Japanese multinational ceramics and electronics company Kyocera.

Daikin and Kyocera believe that a good awakening leads to healthy daytime activities and a good night’s sleep. Joint research with Japan’s Tohoku University are said to bear that out. A study by Professor Ryuta Kawashima of the University’s Institute of Aging Medicine found that the more the frontal lobe is activated, the clearer the head and the higher the performance, and the easier it is to control emotions.

The Daikin technology tracks a person’s face via a thermosensor and sends out a ring of air called a vortex ring to stimulate the user. This application of a whirlpool of air to the face with a constant rhythm, is said to create a “fluffy” and gentle feeling of stroking the cheeks.

Tests on 20 students from Tohoku University found that the system increased frontal lobe cerebral blood flow on waking, compared to be being woken by an alarm clock. Brain activity and processing speed and attention functions were all improved.

The system is being highlighted at this week’s CEATEC 2021 online event.