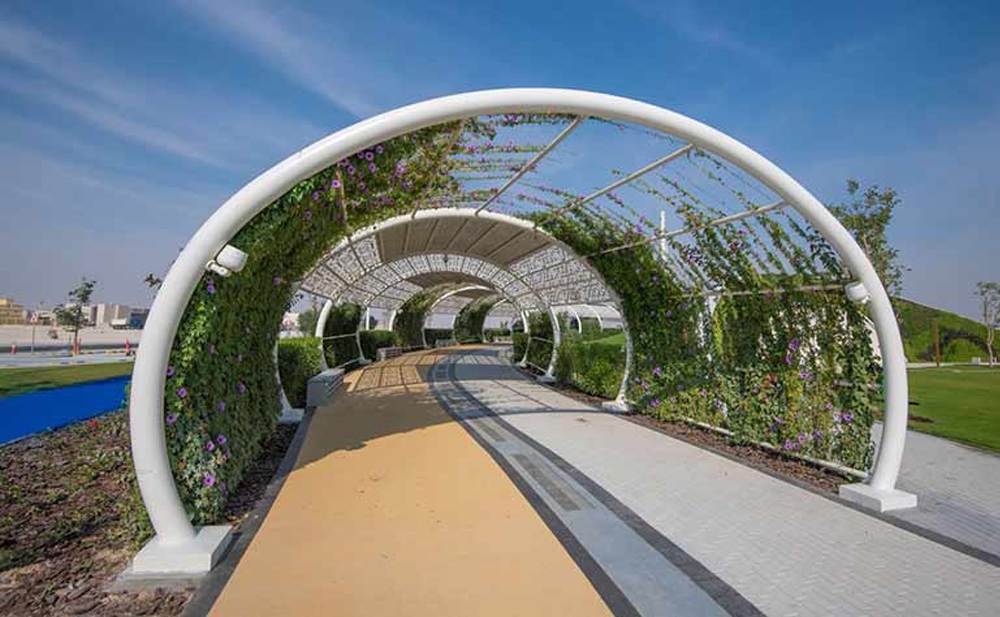 QATAR: A new communal park has been opened in Qatar, featuring what is claimed to be the first ever air conditioned jogging track.

The new 50,000m2 Al Gharrafa Park is expected to welcome around 3,000 daily visitors. To encourage exercise, Ashghal – Qatar’s public works authority – has provided an integrated cooling and air conditioning system for pedestrian and jogging tracks throughout the park, ensuring temperature between 26°C and 28°C.

Ashghal is seeking to obtain a patent for the “specially modified” air conditioning system that is said to reduce operational costs by more than 50%.

The 657m air conditioned pedestrian tracks are contained in Islamic Mashrabiya-style structures. to allow air circulation from air conditioners. A solar panel cover generates electricity to operate the air conditioners if the ambient temperature does not exceed 37°C.

Muhammad Arqoub Al-Khalidi, chairman of the supervisory committee of beautification of roads and public places in Qatar, said described the opening of the first park that includes air conditioned tracks as “a great achievemen