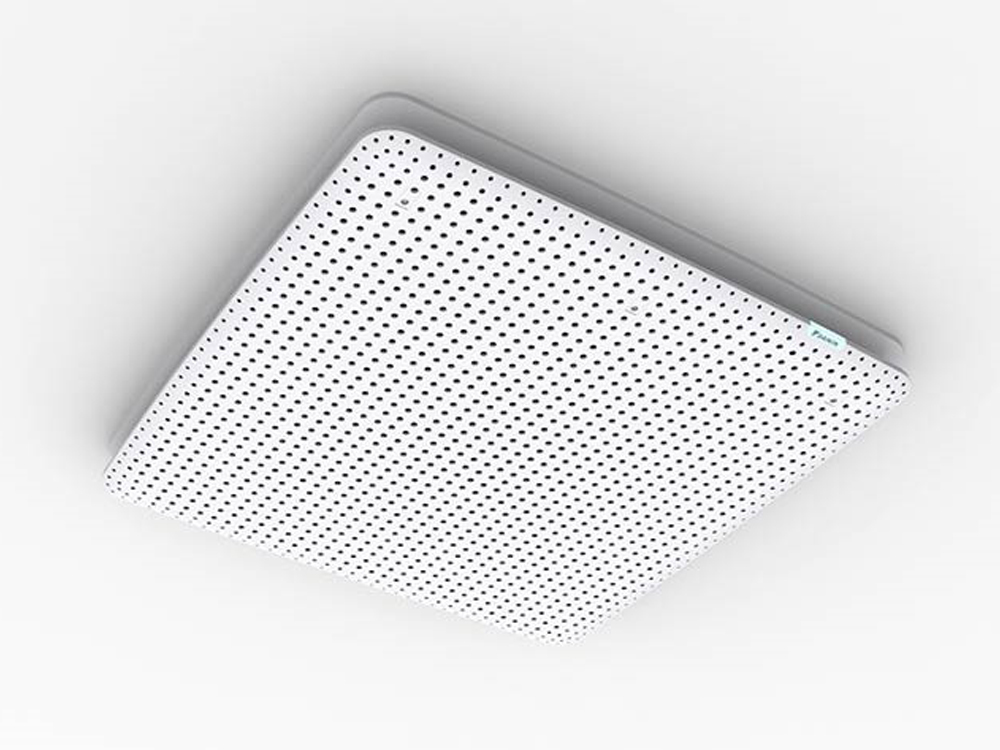 A striking new Daikin ceiling cassette air conditioner has been named as one of the top 100 best product designs in Japan’s leading design competition.

The Daikin cassette, created by designers at the Japanese air conditioning manufacturer’s Malaysian subsidiary, has been named in the top 100 best products at this year’s Japanese Good Design Awards.

Daikin describe the cassette as having a fundamentally revised design. In the conventional cassette type air conditioner, the intake and outlet ports are arranged on the same surface, but in this product, the panel is slightly lifted from the ceiling and the side is the outlet. Daikin says that this makes it possible to blow air uniformly in all directions along the ceiling, and it is possible to cool the room without causing draughts.

The Daikin Malaysia team behind the cassette explained that it had been designed to meet the various spaces and user needs of cafes and offices. “We focused on the essential parts and pursued simplicity. On top of that, understanding the local Southeast Asian context allowed us to create a solution that was both functionally and aesthetically balanced.”

The air conditioner is scheduled to be launched in the Southeast Asian market in August 2021.

Founded in 1957, the Good Design Award, known as the G Mark, is organised by the Japan Institute of Design Promotion. It recognises good design from all industries. The main deciding factor for the Award selection is based on whether a product can enrich society and people’s lives through its design

This year’s competition attracted 4,769 entries, from which a total of 1,395 award-winning works were selected. Of these, the best were named in the Good Design Best 100.