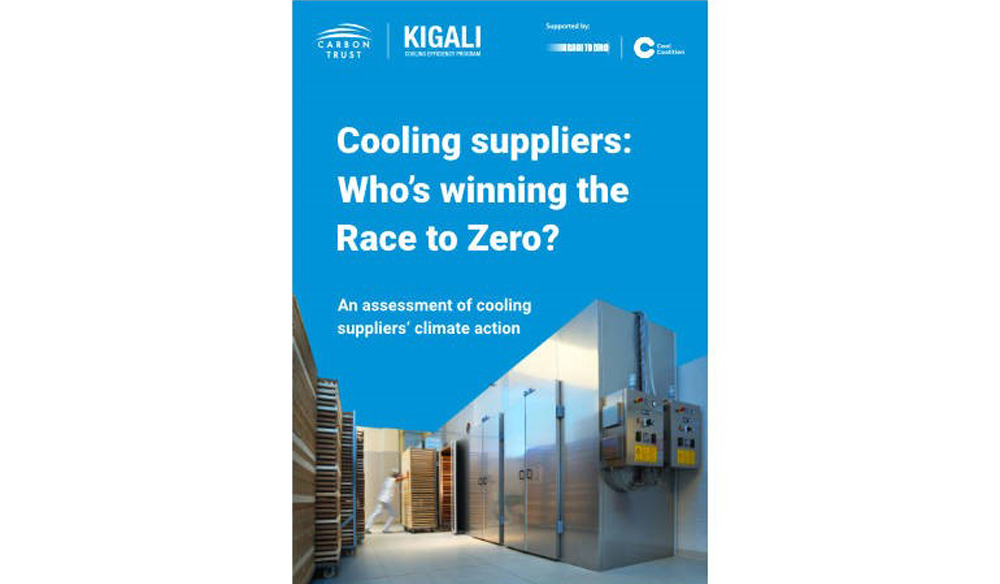 The new document, Cooling Suppliers: Who’s Winning the Race to Zero?, assesses 54 leading companies based on their annual sustainability reports and other external communication. Of the 54, only five have joined the Race to Zero. The majority are said to be far from having climate targets, actions or plans strong enough to join the race.

Race To Zero is a global campaign to rally leadership and support from businesses, cities, regions, investors that join 120 countries in the largest ever alliance committed to achieving net zero carbon emissions by 2050 at the latest. The objective is to build momentum around the shift to a decarbonised economy ahead of COP26, where governments must strengthen their contributions to the Paris Agreement. 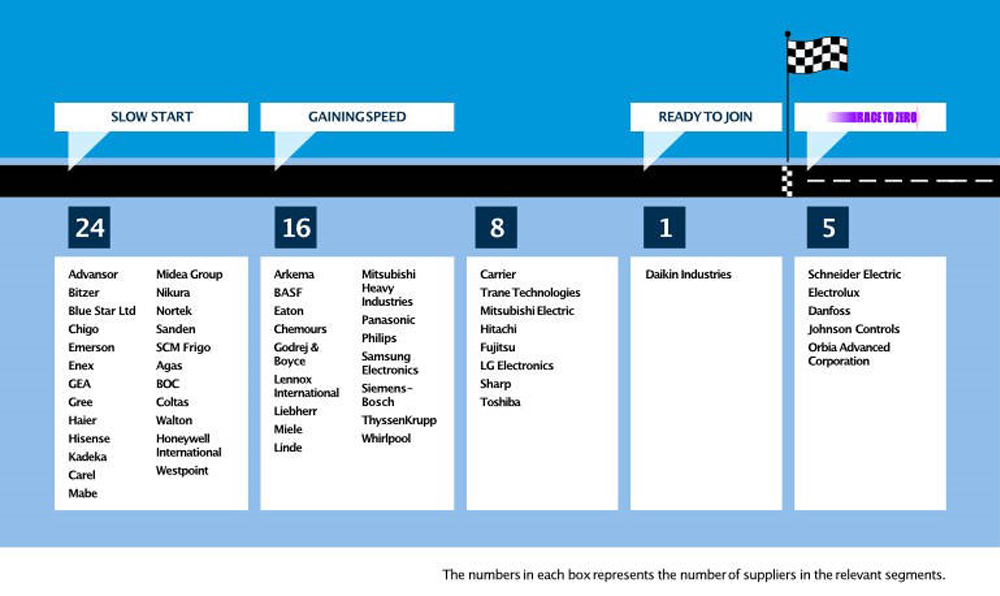 The five companies to have joined the Race To Zero are named as Schneider Electric, Electrolux, Danfoss, Johnson Controls and Orbia. Daikin is identified as being ready to join the race.

The report compilers maintain that eight suppliers are getting closer to being ready for joining the race as they’ve made significant steps either through formulating targets or have demonstrated strong actions and plans.

A further 24 are classified as “slow starters”, being characterised by the absence of a target and demonstrating slow action in addition to a lack of Scope 1, 2 or 3 disclosures.

Ten companies are identified as not having any stated climate action.

The report also laments a disconnect between companies that are actively enabling the decarbonisation of the sector through the development of “natural” refrigerants and their climate commitments. “Most of these manufacturers haven’t made any commitment nor communicated their ambition to join the race despite their climate-friendly activity,” the report says.

“This is a potential easy win on natural refrigerants which looks like low hanging fruit – these suppliers need to raise their climate ambitions,” it adds.

The report observes that manufacturers located in countries with legally binding net zero commitments are more likely to have strong climate commitments.

However, it highlights Chinese manufacturers, which are at the bottom of the race despite being in a country with a commitment to carbon neutrality by 2060.