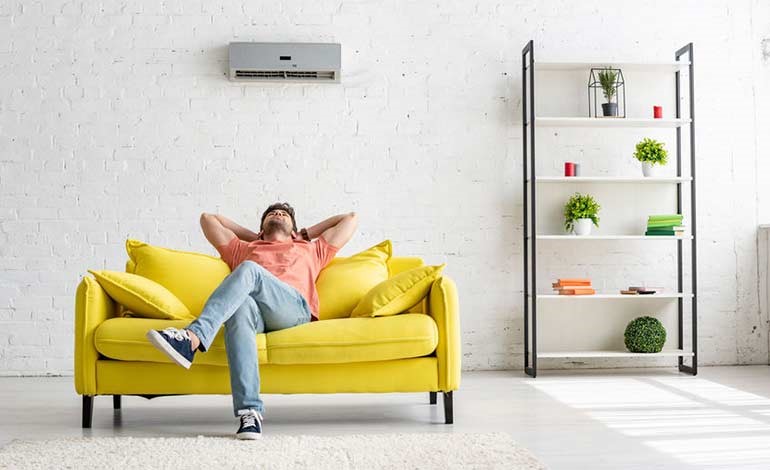 JAPAN: Researchers at Kyushu University and Mitsubishi Heavy Industries have been investigating whether simply changing the direction of an air conditioner vent could improving occupant comfort and productivity.

The study evaluated the airflow comfort with subjective assessments and physiological measurements, including skin temperature, electroencephalograms (to measure brain electrical activity), and electrocardiograms.

“The flow of air in a room is known to influence comfort, but evaluations have so far been primarily based on assessments of feelings that are subjective, which can lead to discrepancies,” explained Tsuyoshi Okamoto, associate professor at Kyushu University’s Faculty of Arts and Science and leader of the new study (Physiological and subjective comfort evaluation under different airflow directions in a cooling environment).

“In our study, we combined subjective assessments with physiological measurements of things such as heart rate and brain activity to obtain a more reliable understanding of this relationship.”

Okamoto and his team investigated the responses of 19 participants who entered a controlled environment at 20 °C after spending 20 minutes in a 32 °C room to simulate coming in from outdoors during summer in Japan.

In the cooled environment, study participants performed a set of simple mental tasks under either direct or indirect airflow for 20 minutes followed by another round of tasks under the opposite airflow conditions.

The researchers were able to control the airflow by using an air conditioner manufactured by Mitsubishi Heavy Industries Thermal Systems Ltd equipped with draft prevention panels to blow across the participants’ faces in the case of direct airflow or to travel along the ceiling before descending to achieve indirect airflow.

During this time, the researchers took measurements including skin temperature and electrical signals from the brain and heart while also periodically asking the participants for subjective assessments of their comfort.

In addition to reporting higher satisfaction with the temperature of the room and overall pleasantness, the participants under indirect airflow also counted seconds more slowly in their heads, indicating the suppression of negative emotions.

The physiological measurements provided additional evidence for confirming these feelings under indirect airflow, such as the reduction of the strength of brain waves in frequencies known as beta and gamma bands and differences in heart measurements that indicate a higher level of alertness when working on the mental tasks.

Furthermore, face temperature significantly declined when the air was directed at the participants face unlike under indirect airflow.

“This study provides reliable evidence that indirect airflow is indeed more comfortable, and these procedures could be extended for other evaluations of feelings,” said Okamoto.

“Another benefit of indirect airflow is that it can reduce the number of particles that are stirred up into the air and subsequently breathed in, making the benefits double fold,” he added.