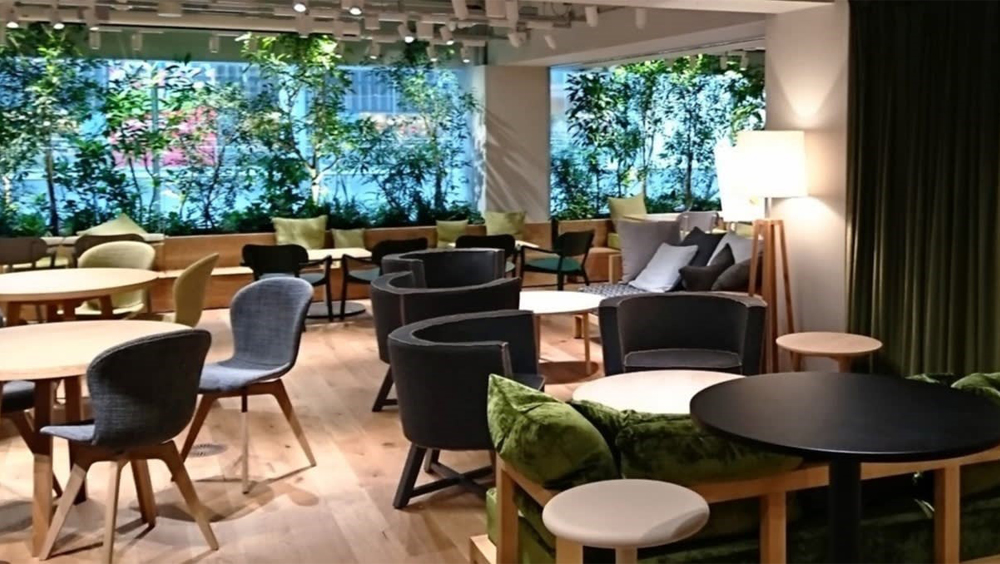 In a time when more and more of the world’s consumers are becoming obsessed with microbes, a project led by air conditioning maker Daikin Industries is set to offer a germaphobe’s dream: technology-enhanced clean rooms.

The phone booth-sized chambers will become available next month. They will have high-efficiency particulate air, or HEPA, filters produced by Nippon Muki to keep pollen and other particulates away, and constantly move the air inside downward to help with cleanliness.

The launch pad for the project was a coworking space that was opened in the heart of downtown Tokyo by Daikin along with furniture maker Okamura, Panasonic and other partners. The space is equipped with activated charcoal filters, self-sanitizing air conditioners, and a system that constantly monitors room temperature, carbon dioxide levels and particulate matter in the air.

Now, the space will also become a trial site for the personal clean rooms — part of Daikin’s strategy for advanced ventilation and air conditioning solutions that have been a hit in Japan, but failed to win overseas consumers before the coronavirus pandemic.

“There will be a growing need for better air quality and ventilation,” said Daikin President and CEO Masanori Togawa.

Clean rooms are usually used in semiconductor and food factories, but Daikin believes there is demand at the retail level as well, especially in light of the coronavirus outbreak.

The personal booths were originally designed to help those suffering from seasonal allergies focus on work. “We hope to seek new uses beyond filtering out pollen,” said Sanae Kagawa at Daikin’s Technology and Innovation Center.

The company is also planning to boost sales of air purifiers, which until recently have struggled to gain traction outside Japan and China. It will contract out more production to Chinese partner Gree Electric Appliances of Zhuhai. Daikin plans to sell 550,000 units in fiscal 2020 — up more than 30% from the year prior. It will boost e-commerce sales of high-end air conditioners that can also purify air in China as well.

Amid growing concerns of a second wave of infections as businesses reopen, other companies have also begun focusing on ways to keep people safe in crowded or enclosed spaces.

AirTech Japan, which specializes in clean-room equipment, sells “Clean Partitions” — a roughly 150 cm by 90 cm panel that can filter out 99.99% of small particulates viruses often stick to. The partitions can be used in hospital waiting rooms, for example.

Airflow from an air conditioning system led to a cluster of coronavirus infections at one restaurant in Guangzhou, China, according to a report by the U.S. Centers for Disease Control. A simulation by Japanese supercomputer Fugaku this month found that four coughing patients can spread the virus throughout a hospital room even when there are curtains between them.

“It’s important to change the flow of air throughout a building, not just in one room,” said Kazuhiko Yamashita at Shinryo. The business services company is currently working on a system that visualizes airflow and identifies necessary adjustments.