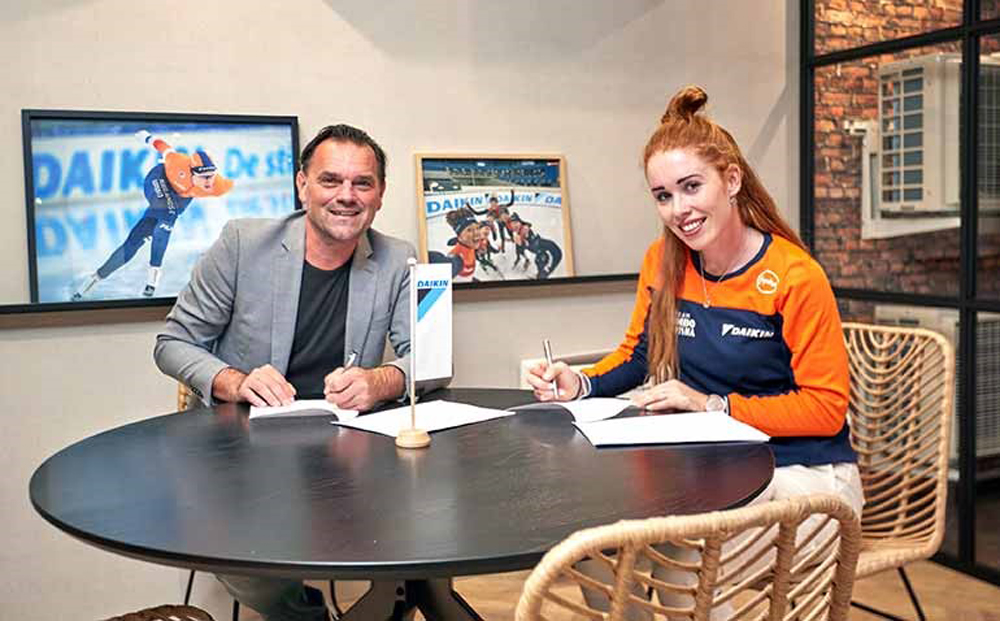 De Jong is representing the Netherlands in the 1000m, 1500m, 3000m and team pursuit at the forthcoming Winter Olympics in Beijing.

Daikin has been the main sponsor of the Royal Dutch Skating Association (KNSB) since 2018.

“As the main sponsor, we not only find it important to make our financial contribution so that skating in the Netherlands can belong to the world top, we also use our knowledge and solutions to create a top climate for top athletes,” explained Daikin Netherlands director Edwin Hoogerwerf.

“We do this not only at their home, but also, for example, in the stadium, in the changing rooms, in the training room and in the hotel rooms on the road. We like to contribute to the successes of our skaters by using our products and knowledge for a pleasant and healthy indoor climate.”

“Skating-loving Netherlands knows Antoinette’s qualities and is looking forward to her performance in Beijing,” Hoogerwerf added.

The collaboration between Daikin and De Jong will run until the summer of 2022.