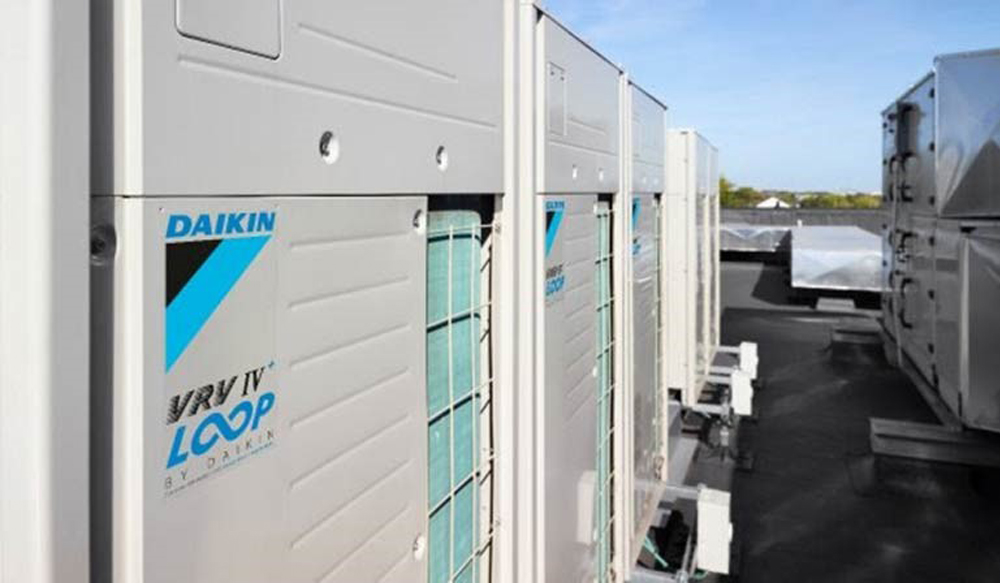 Daikin Europe is expanding its use of reclaimed refrigerants to all of its new VRV systems manufactured and sold across Europe.

The initiative ,known as Loop (L∞P by Daikin), was launched in 2019 for selected Daikin VRV units, but thanks to the programme’s success, the company is now expanding it to all VRV units produced and sold in Europe from November 2020. From next month it will now cover all EU member states, Albania, Bosnia-Herzegovina, Iceland, Kosovo, Montenegro, North Macedonia, Norway, Serbia, Switzerland, and the UK.

The programme is said to save 250,000kg per year of virgin refrigerant from being produced. The reclaimed refrigerant is independently certified to guarantee that it meets quality standards.

In time, Daikin plans to expand the programme to other products and refrigerants as part of its global refrigerant policy.

Under the scheme, Daikin recovers refrigerants from existing systems through its installer network, upcycles and reclaims them to virgin quality, and then allocates the reclaimed refrigerants to new VRV systems manufactured and sold across Europe.

It is said to have been adopted by companies such as the Dutch retail chain Action,   which uses reclaimed refrigerant from their old stores in new or refurbished stores across its 1,400-store portfolio.